The Rangitikei Youth Awards are Councils way of recognising the achievements of the amazing youth in our district. The 2019 Awards will be open April . Make sure you keep an eye on this page for all the details.

2018 was an amazing year for the Rangitikei Youth Awards with 19 nomination forms received and over 60 youth highlighted. The category winners on the night were:

Jermaine was recognised for his outstanding contribution in academic achievement. Maori Head Boy at Rangitikei College, Jermaine sat NCEA Scholarship Physical Education towards the end of 2017. The top 3% nationally achieve Scholarship with a mark of 13/24. Jermaine far exceeded this, gaining an Outstanding grade, awarded to the top 1%. In 2017 this went to 19 students nationally, those earning over 19/24. Jermaine's work was of such a high standard he was graded 23/24, putting him in the top handful of students nationally.

Jermaine’s thesis promoted understanding of tikanga and kawa around haka and the contribution of haka to sporting performance. His success on the national stage sends a powerful message to other male Maori.

Head Girl for Rangitikei College 2018, Mary has been a driving force in the annual Rangitikei College Pacifica Festival, a celebration of Pacifica culture, food and dance. She worked tirelessly to organise the entertainment as well as to assign roles to the volunteers. Mary also helped to advertise the event and was on site to set up, run, and clear up at the end.

Mary is a student with a strong vision of bringing her culture to the forefront. She organised and lead a group of students to enter Pacifica Fusion, an event that celebrates culture in dance and other medians. Mary has been invaluable to her Pacifica peers, making sure all Pacifica students feel confident and comfortable participating in all aspects of life at Rangitikei College. Mary is often called upon by staff at the college to aid in communicating with ESOL students, which she does without hesitation.

Brylee Coley has been a constant mentor within the Arts at Rangitikei College. Her consistent support and commitment to those students in the Arts has not only helped other students grow, it has also been immensely helpful to the teachers leading these activities. Without her consistent support and encouragement towards the students in Dance the outcomes would not have been as positive.

Brylee has organised many Dance competitions/ performances at Rangitikei College, including Stage Challenge and Dance NZ Made. During the learning phases of Stage Challenge and Dance NZ Made she taught and encouraged large groups of students throughout the process. Her commitment to these programs has built a strong Dance community in the school, and a safe place for all students to feel they can express themselves as individuals.

Olivia Brown - Winner of Giving back

Olivia has learned from her whanau who have always shown her that giving back to the community you live in is just the way it is. She has taken part in Level Up, Annual Bulls Rose Show, the School for Skies Program at RNZAF Ohakea with 48 other young women from around New Zealand. In 2017 Olivia won the Textile Award at Feilding High School and is currently making costumes for NCEA for Manchester House in Feilding. The costumes will be sold to help continue the great work done by Manchester House Social Services.

Rangatahi are interested in improving attendance; completion of assessments; and creating vocational pathways through learning.

The Kia Tu Nga Rangatahi o Mokai Patea group is changing the culture of learning by increasing student’s self-esteem though after school mentoring. Within the programme all participants show attributes like good leadership skills and problem solving.

This group is self- formed, self motivated and very, very effective. Since forming just over a year and a half ago they have successfully run 2 community engagement days, with cultural food stalls, entertainment and Samoan cultural dance and dress. They have also participated in Pacifica Fusion in Palmerston North for the first time - rehearsing, choreographing and organising this performance by themselves. This is a massive achievement for a group that was once quite invisible in our school. They have made a place for themselves in their school and are now educating the rest of us about Samoan cultural and their heritage. The contribution this group has made to our school culture is immense. From prize giving performances to talent shows to assembly performances, to advertising and getting our Pacifica parents into the school grounds (something we otherwise struggle to do) - these students are there for each other to make sure they all get the most out of school. 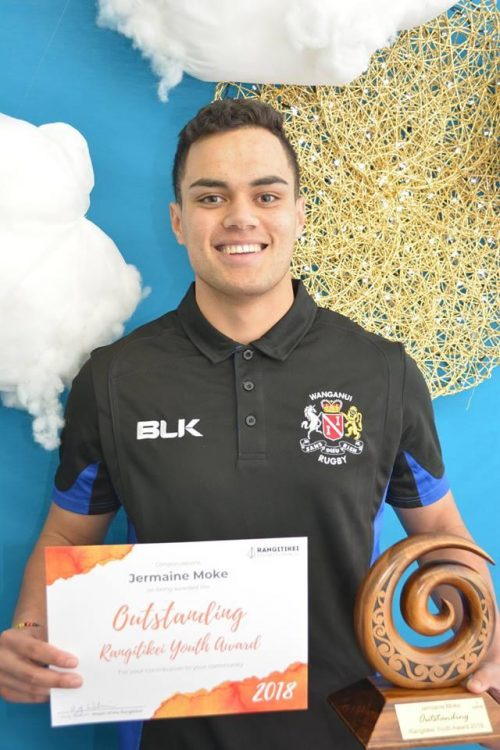