A small team of volunteers are determined to give returning native species the very best chance of survival at Tutaenui Reservoir.

More than $73,000 was awarded to Rangitikei District Council by Te Uru Rākau (Forestry New Zealand) to create a native forest and walkway at Tutaenui Reservoir, also known as Marton Dams B & C. This is the most significant planting of its kind in the region for many years with more than 17,000 eco-sourced natives of around 50 different varieties being planted this winter. The planting is being undertaken by RDC staff and a large contingent of volunteers.

As well as restoring native forest with its own significant environmental gains and native wildlife, the planting will also improve water quality for the Marton township by filtering nutrients and run-off from neighbouring roads and farmland.

As the forest grows native birds and animals such as skinks will hopefully set up home here and they will have a much better chance at survival without mustelids and rats trying to eat them.

Volunteer Cath Ash says traplines are laid each kilometre and baited with yummy eggs to lure predatory mustelids (including weasels as we discovered!) and rodents. The trap lines are moved every 10 days to cover the whole reservoir area. The traps used are "Doc 200" which kill humanely and don't require poison.

Councillor Cath Ash (pictured holding a weasel) says the group will continue to trap until all traces of mustelids and rats are gone from the area. In the past two weeks alone, two very large rats and one weasel were caught. 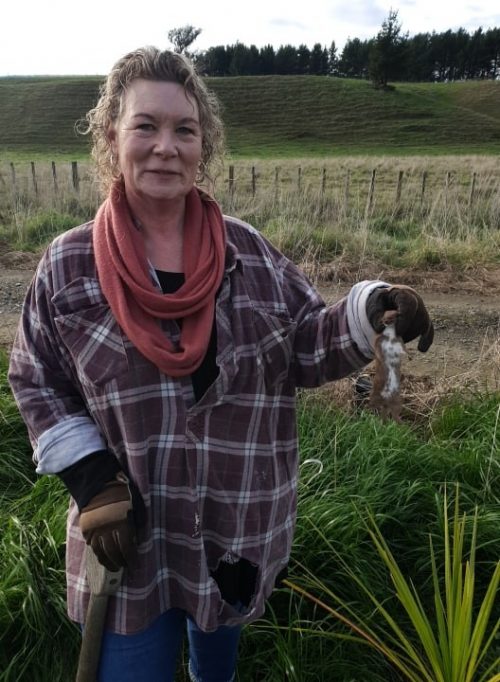