New Zealand is at Alert Level 1.

For everything you need to know and updates visit Unite for the recovery
District-wide information and support is available at United in Recovery.

Since 2018, Rangitīkei District Council have been working with other concerned parties to remedy the situation. When the landfill slip was identified Horizons Regional Council agreed to redirect the river flow path away from the face of the landfill. This work was completed in May 2019. At the same time, Rangitīkei District Council undertook a site assessment to identify options for safe remediation of the old landfill site. “This assessment identified that the majority of the landfill contents was building rubble and steel with a small portion of domestic rubble.” Advises Mayor Andy Watson

Recent media articles show the 2018 video and photographic footage of the Putorino landfill. Last week Council flew a drone to take images of what the landfill looks like now; significant natural vegetation has grown back and the site looks very different than it did in 2018. Debris however still remains, and Rangitīkei District Council, respectful of the potential impact this has on the environment and Māori whakapapa, are urgently and collaboratively working with Horizons Regional Council, Iwi (Ngā Wairiki Ngāti Apa and Ngāti Hauiti) and contractors on ways to safely remediate the site, remove residual material and to avoid discharges to the environment. 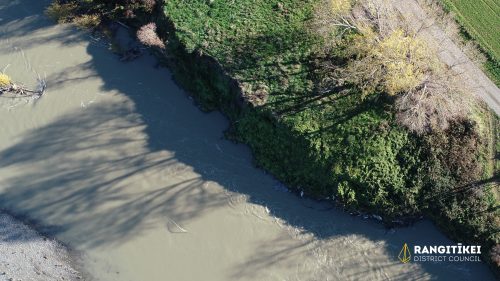 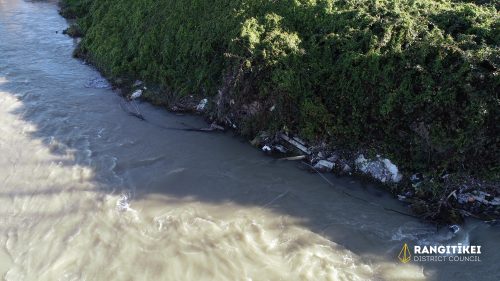 Image 2 - View of river edge, noting concrete and other debris. 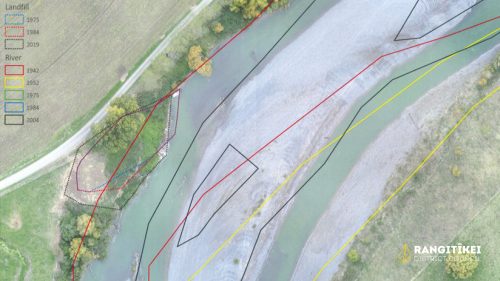