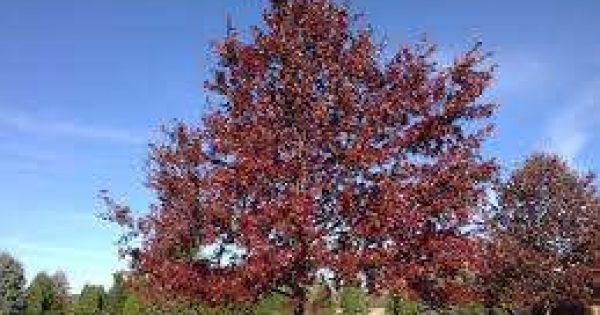 What a great month it has been weather-wise, the rain has come at times when the district and our parks have really needed it. April has seen the last events on our parks and the start of our winter sports season. The events on our parks during summer have attracted some of the largest crowds we have seen using our facilities. Bookings for events are already being received for 2020 with additional space being requested as organisers look at expanding due to the increasing interest from exhibitors.

I think we can all say the district’s trees are looking fantastic at present, the autumn colours have been really incredible this year. The intensity of autumn colour is deeper when the plant is under stress, the dry summer and autumn has put many of our trees under stress leading to this amazing show. Driving to Taihape at present is a real eye-opener, with the yellow of the poplars to the rich reds of the larger deciduous trees. We are certainly blessed with a district of trees. This month I thought I would highlight a few trees that show exceptional autumn colour in our parks and where they can be viewed.

Nyssa sylvatica - Black Tupelo
Commonly known as Tupelo, Black gum, sour gum, is a medium-sized deciduous tree native to eastern North America from the coastal Northeast USA and southern Ontario south to central Florida and
eastern Texas, as well as Mexico. This tree thrives in damp areas of our region, Haylock Park in Daniel Street, Bulls has a fantastic specimen which was planted around 1950. Currently, being late April, it is at its best and is an outstanding feature of this reserve.

Quercus coccinea - Scarlet Oak
The scarlet oak is mainly native to central and eastern United States, from Maine in the west to Georgia in the south. During late April - early May the tree turns bright scarlet and is one of the most colourful of all the oak trees. This tree grows well in our district, however it needs some shelter from the prevailing westerly. The tree can be viewed in Queens Park Hunterville. 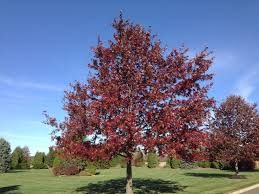 Pyrus calleryana - “Bradford”
Callery Pear, is a species of pear native to China and Vietnam. It is most commonly known for its cultivar “Bradford”. This tree has fantastic shape for a small tree and brilliant autumn colour and pure white spring flowers. The tree is extremely hardy and due to its compact size make it a valuable street tree, it can grow in most areas in our district. This tree can be viewed as a street tree along Raumaewa Road, Mangaweka or Barnett Drive Marton.

Liquidamber styraciflua - “Worplesdon”
American sweetgum, is a deciduous tree native to warm temperate areas of eastern North America and tropical montane regions of Mexico and Central America. The cultivar “Worpledon” is the showiest of the cultivars and can been seen widely planted throughout our district. The tree is extremely hardy, however to establish it needs some level of protection from westerly winds. This tree can be viewed in full colour at Marton Park, next to the War Memorial.

Things to watch for during May:

That’s it from me, get out and kick some of the fallen leaves we have in our great parks.