All of New Zealand is at “Orange” traffic light setting.

At Orange, there will be community transmission of COVID-19, with increasing risks to vulnerable communities, and pressure on the health system. Read more information about life at Orange >.

Our Libraries and Information Centres are open. For more information click here. 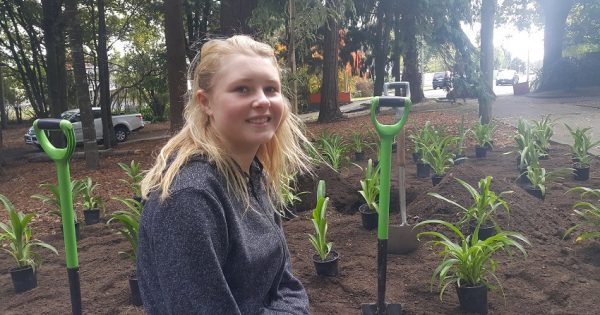 "What a fantastic first project for the Rangitīkei Youth Body" praised Mayoress Beth Watson in her opening remarks at the tree planting held recently at Marton Memorial Park. The idea for a memorial planting for the 50 that lost their lives at the Christchurch shooting was led by Rangitīkei Youth member Charly Ward-Berry (pictured).

It soon became a reality with a kowhai tree planted in the time-honoured tradition by our Mayoress Beth along with Charly, Beth's granddaughter 6 year old Rosa Tukiri and RSA Chair Alan Buckendahl. Members of the public and several more youth members helped plant the remaining 50 ringa ringa lilies at the base of the kowhai. Also in attendance was Cr Sheridan, Cr Ash, RDC Parks and Reserves Team Leader Athol Sanson and RDC Strategic Advisor – Rangatahi / Youth Nardia Gower.

Cr Sheridan said she felt it was important for districts to have some form of tangible reminder to symbolise the emotion felt by the recent shootings, a comment endorsed by Cr Ash.

Athol said the reigning Mayoress has been planting memorial trees in the Park since 1894. He said as well as it being an important traditional to uphold, it's also a replacement strategy for our park's ageing trees.
Read more about Rangitīkei Youth Body 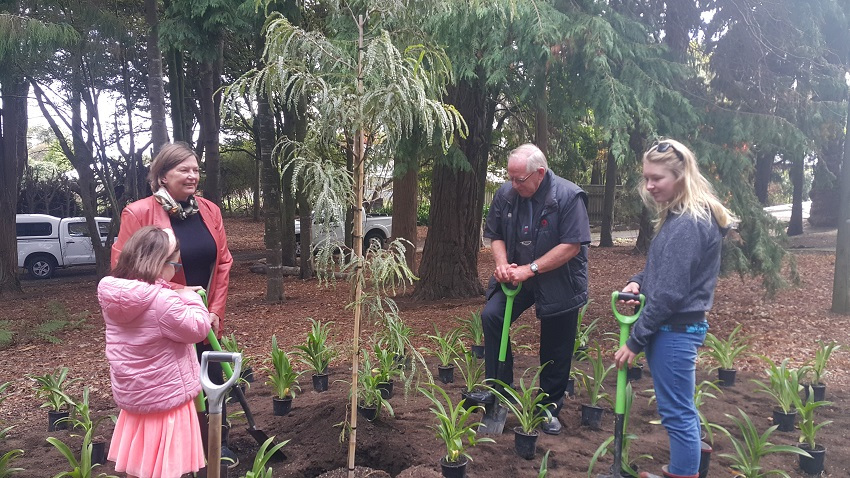